Official day without woman in Mexico

Official day without woman in Mexico 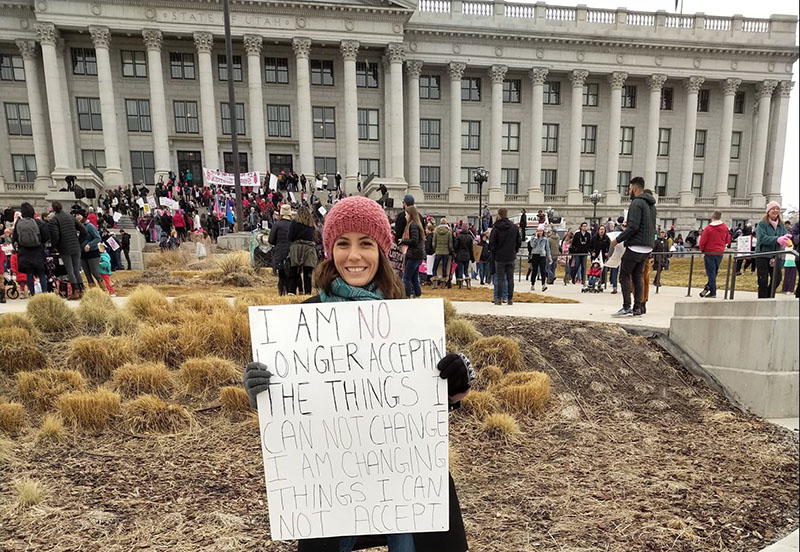 This March 9th, 2020 was the official day without woman here in Mexico, it was the day after international women’s day where numerous marches took place to kick off the protest. March 9th, a day without women was a protest in Mexico to bring attention to the high cases of femicides, violence targeted against women. In Mexico femicides have increased 10% from 2018 to 2019, making it the highest it has ever been according to data from the Mexican government. Many of these cases are very publicized with the gory details of their femicides all of the news such as Fátima, a 7-year-old girl who was abducted in front of her school and found later assaulted and murdered in a plastic bag or Escamilla, a 25-year-old wife was gutted by her husband. These are only 2 of many violent stories in the life of the average Mexican woman.

Growing up my parents taught me to stand up against any injustices I witness in life, it became something so important to me that I built a career out of being an advocate. Being a visitor in another country standing up for injustice has become a lot more difficult and dangerous. Every country or culture has its own rules on how you can stand up for change, not everyone has the same rights as we do in the United States. This has been a difficult task for me to navigate how to stand up for what I believe in while also respecting other cultures. In Mexico, the law states “Foreigners, cannot, in any way be involved in political affairs of the country.” This includes protests and demonstrations of any sort. March 9th, Day Without Women was a different type of demonstration where everyone could see all the things that women contribute to society, what the true value of women is in our society. The thought behind it was all women on March 9th didn’t contribute anything to society, they didn’t leave their house, didn’t go to work, did not consume anything including social media or Uber eats, they were not merchants to anyone for anything. It was estimated that in this one day without women cost the Mexican economy about 1.37 billion pesos.

This one day was a learning experience to many, myself included. My first learning experience came before the day even started, deciding on what am I supposed to do on this day if I can’t contribute anything to society. Am I supposed to join other females to discuss our collective power or should I sit quietly to reflect on my role as a woman? After consulting with many of my friends I decided a little bit of both is how I should spend this day. One of my biggest struggles in the day was letting go of this pressure that I felt to be productive. My husband was very supportive of my participation in the protest and was ready to help in any way between his work calls. After I got up and moving for the day, I went to make coffee and I immediately grabbed my husband’s cup to make him a cup of coffee. It wasn’t until I asked him if he wanted any coffee that I realized I was serving him. There was a constant urge to be helpful and do things for others all day long. This is a part of my core beliefs that I was already aware of, but it was brought to my attention of how perhaps my gender was something that played into that as well. There was no one that was putting this pressure on me, but I could feel the pressure to do something when I was taking time to reflect or when my husband was doing chores around the house. As if I didn’t have any business relaxing on a Monday while there was so much that needed to get done around the house. Reflecting, I realized that usually, my mom is the one who does most of the house chores, and my grandmother would make sure everyone was taken care of. I learned this pressure through generations of the powerful woman around me taking the lead in helping others. My husband has no problem relaxing and doing nothing as well as many other men in my life. Does this indicate a much larger issue of gender roles that I have come to accept without being conscious of it?

This urge to be able to be productive made me realize how much I do for others in my life. This type of selflessness that I continue to partake in every day that I had a hard time letting go of with this protest. When it comes to taking care of myself, I tend to place myself below others. This was extremely surprising to me. In the field of counseling, you are taught the importance of putting yourself first, and I have been through many different pieces of training, seminars, workshops, etc that really drills this point and provides tools in order to make sure you are engaging in self-care. While I enjoy helping others and receive a lot from that, I also need to take some time to do for myself. The truth is that right now I am able to be very selfish because it is just me and my husband, but one day there will be more people that I will take responsibility for such as children, pets, and aging parents. This was a reminder to take full advantage of putting myself first right now in my life, many good women fought for me to have this opportunity.

Throughout the entire experience, I found myself reaching out to my fellow women all over the world to get their perspective on what they were doing with this day, how they are dealing with certain things as they came up and how we could support each other in this protest. I became more aware of how this protest really did pull women together even if we were physically together, we pulled from each other’s strengths, share in ideas, support one another. This protest took on a new meaning for myself, while I stand alone in my house really, I stand together with many females all over Mexico. While some females did not have the option to protest due to financial reasons, but their presence was still felt. The cheese saying “one for all, and all for one” rang true to my ears. For this moment we were no longer Americans, Mexicans, British, Canadians, we were all women who were tired of violence being used as an acceptable part of life.

No matter where you are in the world if you see something that is horrible there are many ways or things that you can do to help. While there are laws in place that I am not allowed to get involved with political affairs in Mexico there is nothing that says I am not allowed to speak to women about their story, empower women to ask for what they want, and donate money to organizations I feel could help. Those are ways that I have found to be able to help here in Mexico, but they aren’t the only ways. I asked many individuals who knew about the cause for assistance in finding ways in which I can help and feel a part of this fight I feel so strongly about. Violence against women is something that affects the world, not just Mexico, and we cannot be a bystander in this fight.